Highest number of projects implemented in 2015 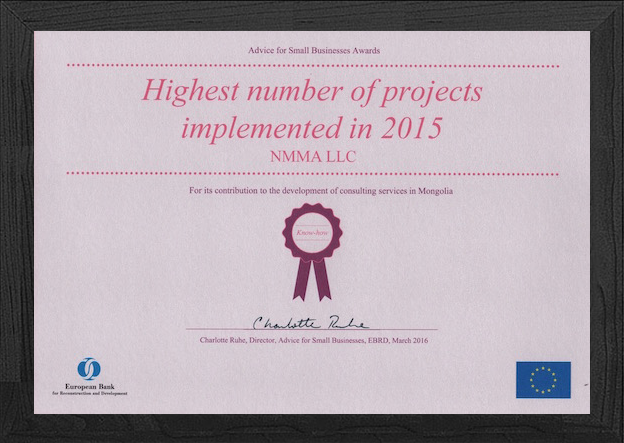 The New Media Group was awarded "Highest number of projects implemented in 2015" on the 3rd March, 2016.

The European Bank for Reconstruction and Development (EBRD) is an international financial institution founded in 1991. As a multilateral developmental investment bank, the EBRD uses investment as a tool to build market economies. Initially focused on the countries of the former Eastern Bloc it expanded to support development in 30 countries from central Europe to central Asia. Besides Europe, member countries of the EBRD are from all 5 continents (North America, Africa, Asia and Australia see below), with the biggest shareholder being the United States, so the name is somewhat of a misnomer. Headquartered in London, the EBRD is owned by 65 countries and two EU institutions. Despite its public sector shareholders, it invests mainly in private enterprises, together with commercial partners.