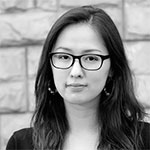 Uyanga Vladimir currently works as the Head of Communications Department at The New Media Group. Uyanga oversees the marketing implementations and communications of the head as well as subsidiaries companies including The New Media Marketing Agency, The New Media Creative Studio and The New Media Technology.  Previously, she worked as Internet & Viral marketing specialist at one of the subsidiary companies - The New Media Marketing Agency, creating marketing content as well as managing social media marketing campaigns for the clients. Prior to joining The New Media Group, Uyanga worked as a marketing and sales administrator in the mining and safety supplies industry. She devotes much of her outside of work hours toward community service, volunteering, arts and entertainment. Being a member of the New Young Leaders Club, she enjoys spending her time working on community related projects. Uyanga is also a member of the US State Alumni and helps in the different projects and events run by the US Embassy in Ulaanbaatar, Mongolia. Uyanga Vladimir graduated from University of the Humanities with a BBA in Marketing in 2010 during which she has  organized multiple viral marketing campaigns including MobiCom Ве brand and Urgoo movie theater. She is an enthusiastic and passionate TED viewer as well as a TEDx organizer.

Boldbaatar Gankhuyag  is currently working as the Head of Social Media Marketing Department at The New Media Group. He focuses on planning and executing events, social media campaigns, public relations campaign on Union of mongolian movie fanatics and critics /CEO, Founder , Since 2010/,  Open Source Foundation /CEO/ and the Social Media Club Ulaanbaatar /Project Manager, Since 2011/. Before being appointed as the head, he used to work as a Software developer and Product manager in 2011, also social media marketer in early 2012. Prior to joining The New Media Group, during 2010-2011, Boldbaatar worked at X-Ajax software development company as a Developer, then started to develop for non-profit organizations. To support the local Mongolian movie makers, who work in the movie industry and to give a better understanding for younger generations, Boldbaatar founded Mongolia Movie Fanatics Club and organized more than 20 official events by working with Urgoo and Tengis cinemas, then founded Union of Mongolian Movie Fanatics and Critics non-profit organization. Boldbaatar Gankhuyag graduated in 2011 from National University of Mongolia - School of Information Technology majoring in Information Techology 2011. While studying he worked as a devoloper on Jirgee.com, The New Media Open University projects. In his spare time he enjoys learning about modern technologies and working with non-profit organizations. He is nthusiastic about the movie industry and love to watch and criticize movies and hope to make one in the future. 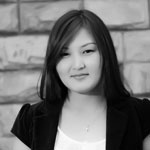 Chimeddagva is currently working as a Head of Customer Service Department at The New Media Group. Previously, she has been working as Content Specialist at one of the subsidiary companies of The New Media Group - The New Media Marketing Agency from December of 2010 to March of 2012. Chimeddagva’s core responsibilities include keeping track of all ongoing projects within the company, communicating with clients on a daily basis, responding to and implementing the customers’ requirements based on their needs. Before joining The New Media Group, she successfully completed bank teller training in the State Bank of Mongolia  and she worked as a first rank teller in Khan Bank in 2007-2009. Besides working as a manager of Mind Freedom English language training center, she also worked as an advisor of Fohow Corporation in 2009-2010. Chimeddagva Tumur graduated from the Institute of Trade and Industry, majoring in Accounting in 2005. She was involved in the wonderful training of personal development organized by “Yaruu Setgegch” Club and communication training by Fohow Corporation. Chimeddagva loves blogging about communication culture on her personal blog. Pursuing her childhood dream, Chimeddagva was also involved in actress training at the Chance Agency. 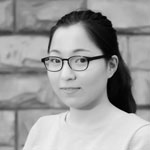 Batchimeg Ulzii currently works at The New Media Group as a project manager at the company. She carries out secretarial and other duties including English to Mongolian, Mongolian to English translations as well as editing work such as working on a certain content or responding to official letters. From July 2011 to April 2012, prior to joining The New Media Group, she worked as a journalist and English language translator at the leading English newspaper of Mongolia - The UB Post. While working there, she did interviews, translation, going to press conferences and writing articles. Batchimeg graduated from University of the Humanities in 2011 majoring in journalism and English translation. During her college years, she was socially active as a student by having participated in several different public speaking competitions and worked as a tour guide.