categories
« Back to News 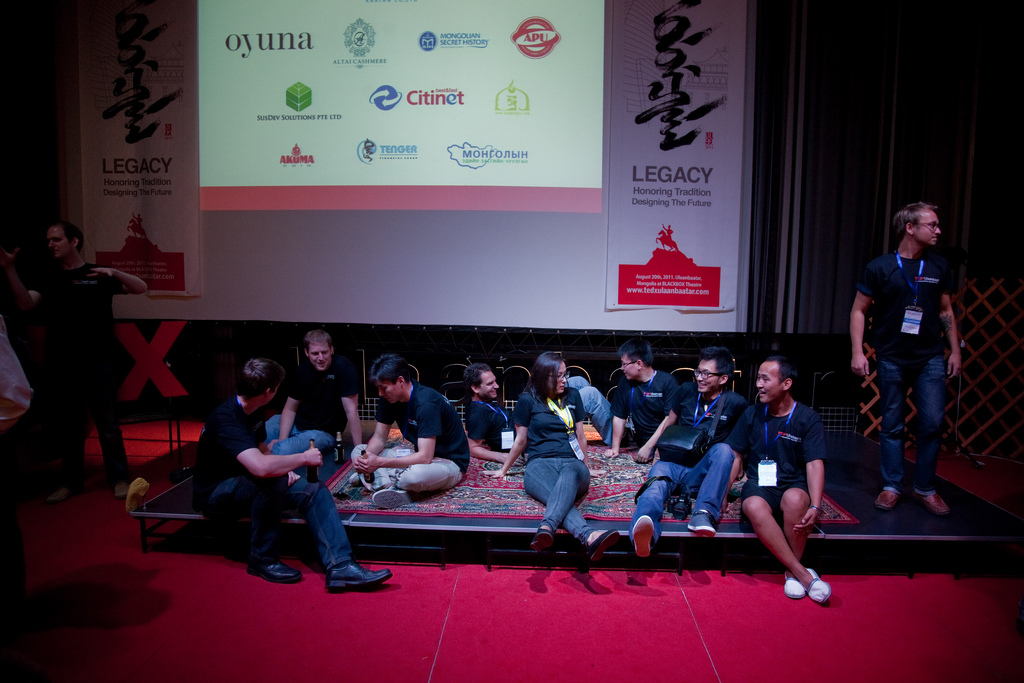 First ever TEDxUlaanbaatar event has been held successfully under the motto of “Honoring Tradition, Designing the Future” on August 20th, 2011. The New Media Group young professionals participated in this event as organizers and volunteers. Mend-Orshikh Amartaivan, Founder and President of The New Media Group got license of the event and organized it with many other fellow friends.

As the idea behind TED is sharing knowledge, at TEDxUlaanbaatar, speakers presented inspirational stories about the past, present, and future of Mongolia. They spoke on topics ranging from Mongolian history to the vast web of Mongolian peoples across the world, from intellectual puzzles to the eclectic fusion of modern Mongolian hip-hop with traditional instruments, from the children of Ulaanbaatar’s streets to the country’s aggressive economic future.

To get more information about TEDxUlaanbaatar event, click here.